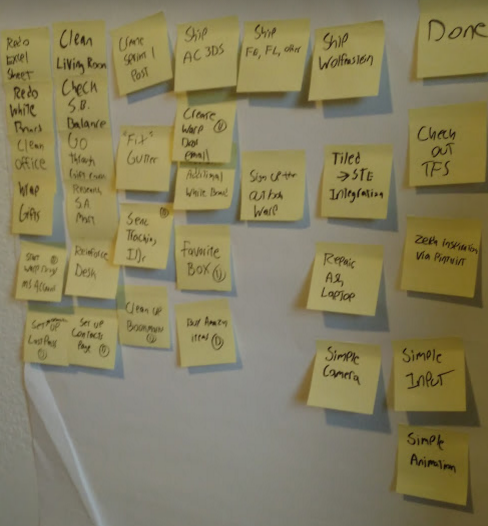 It’s official: progress has been made! These bunch of stickies are proof.

No shareable demo yet, and likely not for awhile, but here’s a GIF of my ‘progress’

An impressive amount of bugs:lines of code, if I do say so myself