[Isaac, thx for getting in touch.  Found the below on the old rig. Rough draft, rougher than I remember. Mind the grammar] 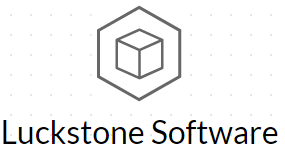 “For you, it was Saturday. But for me? It was the start of the rest of my life”

I didn’t know it at the time, but I had just experienced my first “Robert-ism”, a name given by the peers of John Roberts to the quips and idioms he repeats at every opportunity.

Roberts, a stocky man in his mid-30s with a closely-cropped beard, is disarmingly pleasant. The first thing you notice about him is how he is always smiling, always ready to laugh at some hidden joke that only he can hear.

His eyes glimmer as he waits for me to ask which Saturday he’s referring to. I eventually relent, and do so.

“August 22nd, 1987,” he says without hesitation. “You know what happened that day? The Legend of Zelda was released for the Nintendo Entertainment System. It changed everything for me.”

Our interview is in his office, an expansive room nestled in an equally expansive office building. His desk –  a solid slab of mahogany polished to an almost blinding sheen – is unadorned save for a notepad and single picture frame facing him.

“I was always a big gamer,” Roberts recalls, “Pac-Man at the Pizza Horn in my hometown. Rogue and Castle Wolfenstein on my brother’s PC. But Zelda was more than a game. It was a world, you know? It was a feeling! Freedom and exploration and adventure. It taught me what games could be. I never saw them the same after that.”

The walls of his office are as bare as the desk, save for one spot directly behind him – a framed poster of The Legend of Zelda 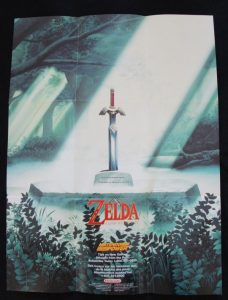 “Five years later, when the 3rd one released – Link to the Past – it’s like I had this vision of the future of video games. I didn’t want to just be an outsider anymore. So I gathered a bunch of coworkers at Shockley-Bell and we all quit together. Formed the studio that same day”

Luckstone Software, founded in 1992, has become something of a legend among hardcore video game enthusiasts.

Roberts downplays it now, but his business connections – thanks in part to his father and successful businessman, James Roberts – propelled his ragtag team of developers into a multi-million dollar studio.

“My connections got my foot in the door”, Roberts is careful to concede, “but I’m the one that gave the door a shove.”

That “shove” was the game pitch that Roberts has since become famous for. Securing initial funding of $10mil, then an additional $25mil after that, Luckstone Software and its debut project – The Tale of the Monster Slayer – quickly became the most funded video game and studio of its era.

But perhaps more famous than its inception and funding is the secrecy surrounding both studio and game. Very little is known about The Tale of the Monster Slayer other than “it’ll be a world you live in, not a game you play” – another Robert-ism often recounted in interviews.

There are also hints that there’s been a great deal of trouble behind the scenes. It’s been delayed twice – once for 6 months, missing its initial holiday 1995 window, and then again after that. No new release date has been offered.

Roberts appears to be nonplussed by the delays. “The price of innovation,” he explains, “It’s a non-story. It’ll be done when it’s done.”

Our 5-minute interview – the longest Roberts would agree to – is nearly finished after that. I thank him before being escorted out of the office as the next interviewer in line is ushered in behind me.

This would be the last time that I – or anyone else – would speak with John Roberts for 4 years.

The Roberts of 2000 appears to have aged two decades since we last spoke. His hair – now more white than brown – reaches to his shoulders in an tangled mess. His beard is unkempt and stained near the edges. There is no smile this time, no Robert-isms as we sit down to talk.

Luckstone Studios shuts down this week. It was able to survive nearly 7 years of bad publicity, lawsuits, and even rumored reports of arson. But few companies can survive the incarceration of its owner.

[Cuts off mid-sentence – very dramatic! Sorry, buddy, this was the only page I could grab. The rest of the draft is corrupted.

I’m working on the recovering the other documents. There’s also the transcript of my convo with Lovette. I’ll send them as soon as I can. Hope this helps! -J]