It’s a long weekend where I live and summer is about to start, though when you work all day in a dark room it’s not as different as you might expect.

I’ve been busy at work on Village Monster, and I’m excited to talk about what I’ve done in this week’s dev log. Let’s get started!

You can find inspiration in the strangest of places – even in games outside your genre that released decades ago.

Since the start of development I’ve struggled with how to handle item usage. Many life-sim games involve farming and opt to use a Minecraft-style “line of hotkeys” system. This makes sense when you’re juggling a lot of items like farm tools, seeds, and food at once, but that’s not something you’ll be doing a lot of in Village Monsters. 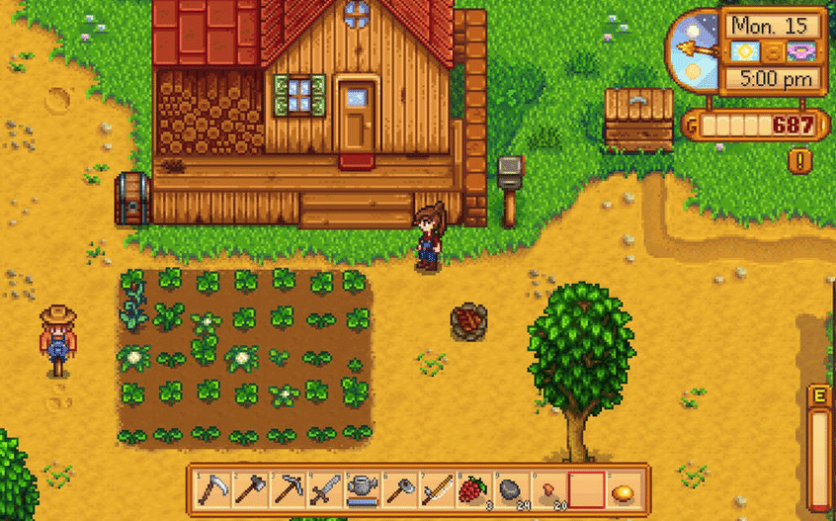 I ended up going with something more like Animal Crossing’s “one tool at a time” system, but that had its own issues. In play testing I found people were confused by how to use items, and players ended up switching back and forth between them a lot more than I predicted.

While I was thinking on the issue the game The Legend of Zelda: Link’s Awakening entered my mind. I really have no idea why, but it occurred to me that the item system of that game – which lets you map two items at a time, where one button is also the main interaction button – could work. 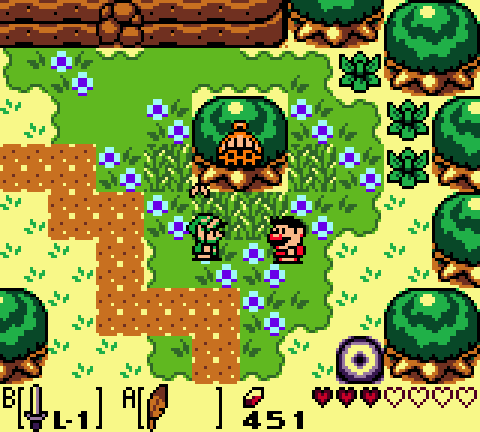 I decided to test it out and made two big changes:

I’ll need to do more testing to see if it needs any more adjustment, but so far I like it much better than the system it replaced.

Longtime followers of Village Monsters should know that I like to incorporate things like tutorials and patch notes within the game itself. I also like to write words – sometimes a lot of them. This next feature was a natural fit, then!

I’ve dubbed it the Wall of Text. This helpful wall is located in the civics district and contains a whole host of useful info. Think of it like loading screen tips without the loading screen, and you can read it as much – or as little – as you’d like.

Fun Fact: The Wall of Text uses the same ‘dialogue’ system that the villagers use. This means it’ll attempt to provide contextual hints depending on the state of the world, and it’ll also try to minimize repeat info.

In a given day you’ll have a multitude of milestones and mini-goals that you’re going after; there are things to discover, houses to upgrade, fish to catch, and so on. I wanted a way to track all of that so you could see how close you were to the next milestone.

Village Monsters is also a game of cycles and routine, and I’m always looking for ways to emphasize the ‘importance’ of when a new cycle starts.

So behold a stone with which I hope to kill two birds: the End of Day Summary:

Ok, a picture of a menu is not the most exciting thing, but I have high hopes that it’ll quickly become your favorite screen.

I still need to nail down exactly what this screen should include. Right now I’m tracking your villager friendships, how much money you’ve made (or spent), and progress you’ve made exploring and unlocking the secrets of the world.

Beyond that it also tracks progress toward various achievements (medals) for the 4 main hobbies: Treasure Hunting, Fishing, Critter Collecting, and Gardening.

Finally, you’ll note that the 2nd page is all about the next day that’s about to start. This helps remind you of important events or milestones that are coming up and lets you better plan for the day before it even starts.

Well, that’s all for this week’s update! Until next time.