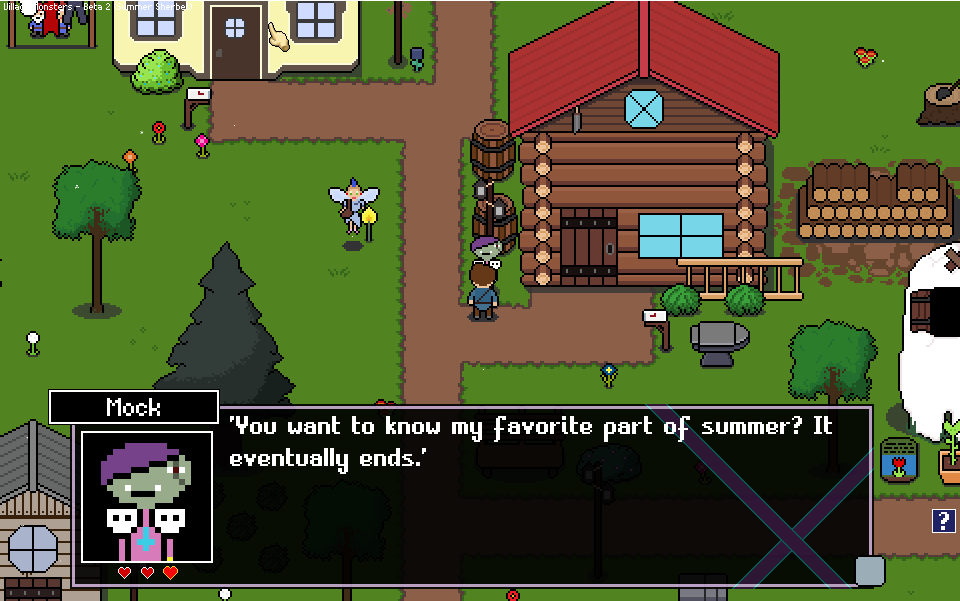 Maybe I just had a lot more Red Bull than usual. I don’t rightly know, but I’m sure I shouldn’t question it. Let’s take a peek!

The Old Man and the Sea

Ask any master fisherman what his greatest tool is and he won’t talk to you about lures, hooks, or rods. No. He’ll instead talk about that nearly indescribable fisher instinct, or fishtincts as they’re called by the masters.

These fishstincts are now finally represented in the game. A special icon is displayed and a distinct noise is played when it’s time to snag that tasty fish, and you’ll somehow intrinsically know whether your timing was too late, too early, or if the line broke. 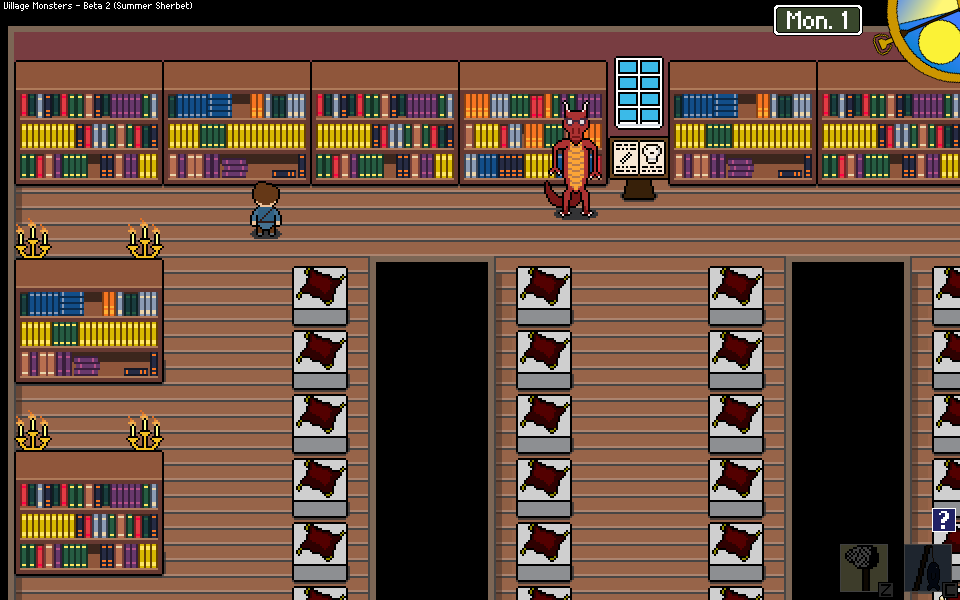 The Historical Society has been renamed the Library, though it’s more than just a semantics change. You’ll have to see for yourself the next time you visit.

Quick – what’s the village currency called? You don’t know, do you? Of course not! I barely do and I created the damn things.

Well it doesn’t matter now as they’ve been replaced by silver coins known as Skull Silvers, more commonly referred to as skulliver or even just skullies.

You can earn skulliver by pursuing hobbies, helping villagers or working part time, and they’re used to pay for everything from your mortgage to a hot drink in Overflow.

How to Win Friends and Influence Monsters

Making friends with your (monstrous) neighbors has long been an important feature of Village Monsters, and this week was the first time in awhile that I tweaked how it works.

You can now gain “Bonus Friendship” for actively maintaining your relationship with a villager by talking with them every day. Think of it like a combo streak: the more days in a row you talk to them the faster your friendships grows.

The catch is that this bonus resets if you break the streak. You’re allowed to miss a day or two – I get it, we’re all busy – but after that your streak is reset. You’ll never lose friendships, but don’t let that keep you from being a good friend, human! 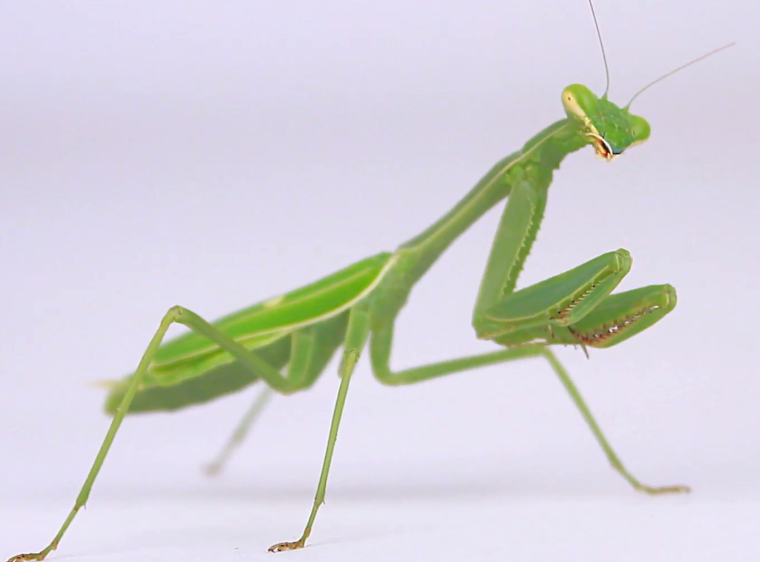