The power of ten thousand souls flows through me as I open GameMaker. A cursed scream escapes my throat as I watch my possessed fingers furiously writing lines of flawless (though haunted) code. A demonic entity bursts free from my chest in a ring of fire. His terrible visage turns toward me and whispers, “This walk cycle could use some work.”

All this can only mean one thing: it’s the officially month of monsters.

It’s been one year since you incredible folks funded Village Monsters. In that time we’ve had 4 major demos, 8 Kickstarter updates, 23 dev diary posts, and 269 Tweets. I also had 1 baby.

A lot can happen in a year! 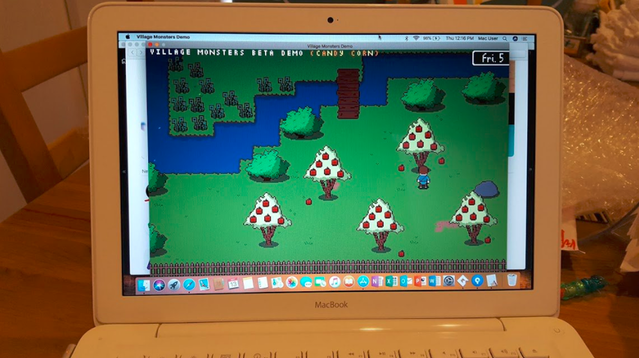 Let’s start with a quick update: For the first time ever, Village Monsters is now available for macOS!

There’s a caveat, though: some people have had issues playing the game when launching it directly from the zip file. If this happens to you try to extract the application file and move it into a folder. Launching the extracted file should work like a charm, but let me know if you still have issues. 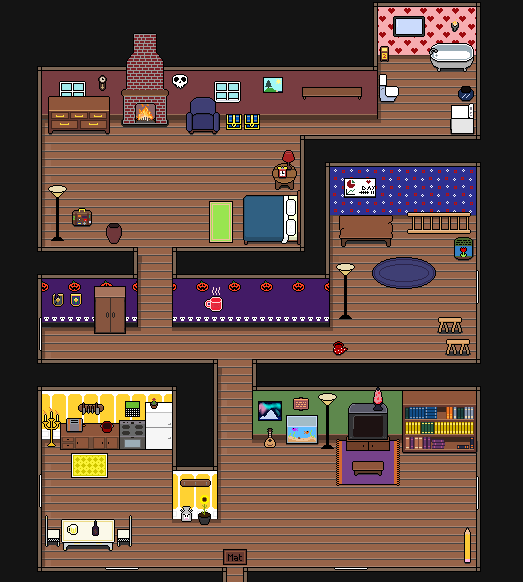 Each villager home is getting a unique floor plan, new furniture, decorations, and personal items that reflect their lives. Homes now have discrete rooms each with their own look and purpose. There are even bathrooms – and yes, you can flush the toilets.

This means I’ve been hard at work at improving all the tools I use to create homes. This includes new interior tile sets, new furniture, and more powerful customization options. As usual, all these tools can be used by you on your own home (assuming you can afford it).

I’m very proud of the different simulated aspects in Village Monsters, but true immersion requires things to be smooth as butter, so I’ve been focusing on said smoothing the past few weeks.

For example, weather and lighting (as well as music and ambient noises) now transition gradually as they change from one to another. Days are now much longer and everything progresses at a more relaxed pace.

New birds and other “ambient critters” have been added throughout the world, so you can now find seagulls at the beach and raccoons rummaging through your trash at night. Some will react to you, but most are content with living out their own little lives.

Perhaps the biggest change is that you are no longer teleported back to bed at the end of the day. Instead, time flows uninterrupted and you can now choose your own bedtime or even stay up all night if you want.

The goal is to create a world that you believe exists without you, and these small changes help achieve just that. 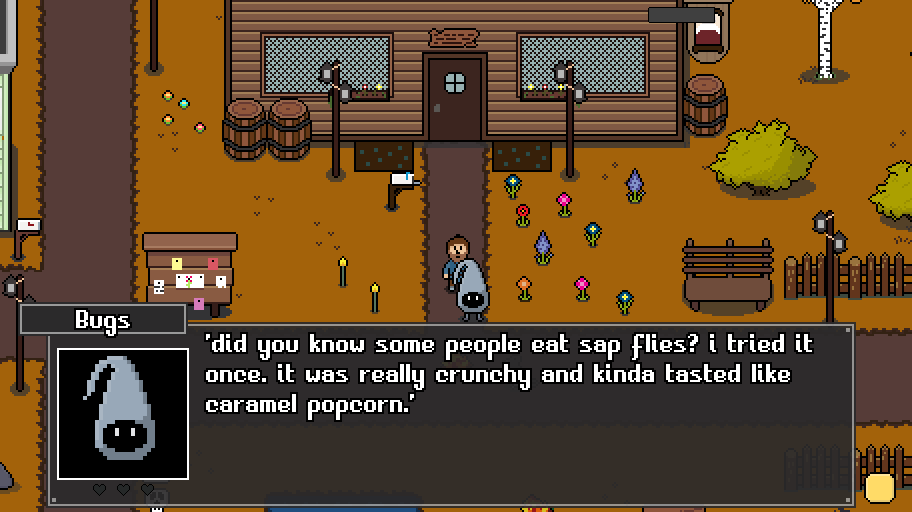 I also used some of the remaining Kickstarter funds to purchase a portable sound recorder. I live in a rural(ish) part of the beautiful Pacific Northwest, and that means there’s plenty of nature to record. You can expect improved sound effects across the board as well as plenty of new sounds for water, weather, animals, and more.

The Journey to Spring

This month was originally going to be the release of Village Monsters. While I regret having to be yet another delayed Kickstarter project, I don’t regret giving the game more time in the oven. Its already benefited immensely, and I think you’ll agree it was worth the wait when it releases next spring.

As a reminder, there’s a new demo out later this month. More on that in a later update.

Spring is still pretty far away, so if you’re interested in following development even more in-depth then consider taking a look at all the things I made public last month. You can see the latest roadmap, feature progress, and even day-to-day tasks. If you want to be involved in the game’s development then there’s no better place to start. 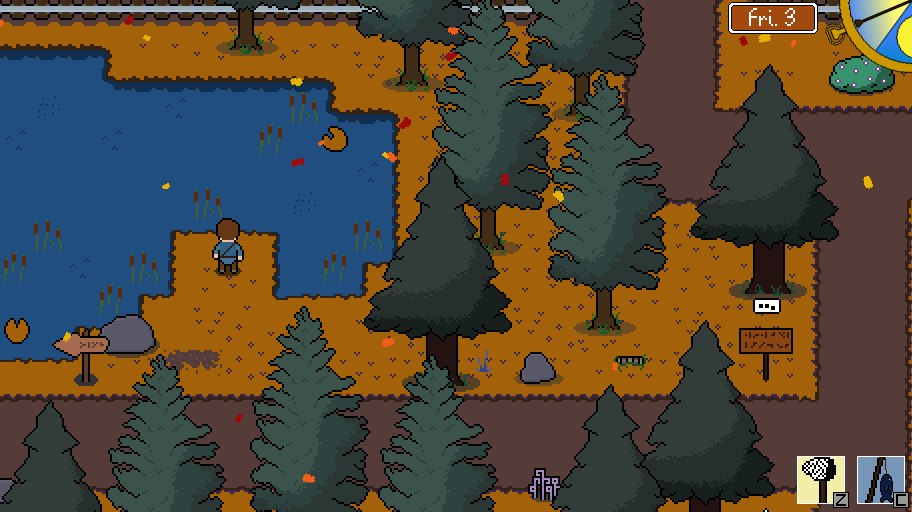 Until next time, villagers!