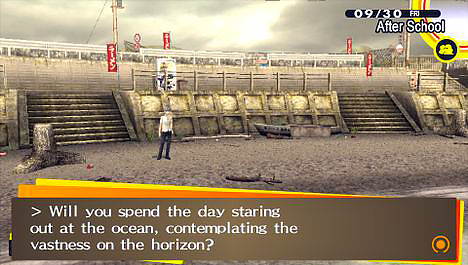 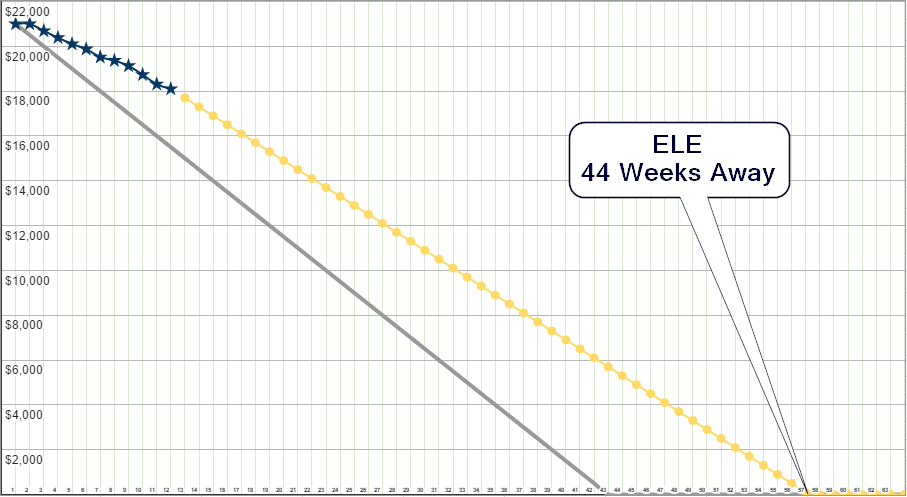 It really does feel like I’m back after weeks of floundering. Which is good, because there’s a new demo release right around the corner – April 10th, next week!

Anyhow, the state of our business is strong. We’re continuing to do well in the money department thanks to my team of Highly Respected Accountants, and I’m ready to put my head down and dive into work this week.

One possible hiccup? 2017 has been an insane year for really good games, and Persona 5 is hitting on Tuesday. Like any respected member of society I’m picking it up at launch, but I don’t expect to be nearly as distracted by it than I was with Zelda.  I’ve hopefully learned my lesson.

My goal this week is to wrap stuff up, polish what I can, and get this thing ready to ship on Tuesday. I also want to add a few more secrets that you can discover for yourself once it’s in your hands, so I’m gotta be hush-hush for now. 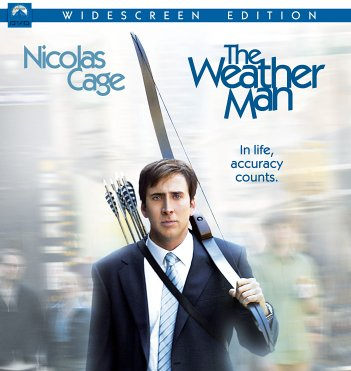 It only took me an entire month of failure, but I’m finally back to a normal and productive work schedule.

Without really meaning to I’ve been slowly transitioning to creating “content” instead of “systems”. This is a really cool and important change, and while I wouldn’t dare call my systems completed, I am really excited to start making stuff that is more outwardly interesting.

The biggest victory this week was creating an entire forest to explore. This included changes to lighting, creating a whole bunch of tree and vegetation sprites, and a lot of other changes. If you’ve been following along you’ll have noticed how insanely large the change list for the next version is! This week is my last full week before the next were-release on April 10th – please be excited for that!

Speaking of pleas for excitement, I sent out my first newsletter yesterday. If you’d like, you can sign up to get these in your inbox on a bi-weekly basis. They’re written “in-world”, meaning it’s trying to mimic an actual town newsletter, so you can expect a different style with new and interesting (?) information than what I post here or on Twitter.

Welcome to another edition of Feature Friday! Yet again I’m here to take you all on deep dive into one of the many wonderful features and systems you can find in Village Monsters

Today, I’ll be exploring (you’ll get this joke in just a bit) one of my favorite subjects: exploration! Let’s take a look…

I absolutely adore exploration in games – the good ones know how to really tap into that innate curiosity we have for discovery and adventure. Even if you aren’t so keen to explore the real world, it’s a whole lot easier (and often more fun!) to explore a virtual one.

Yet the genre is also notorious for being…well, boring. It’s a tough nut to crack; exploration by its very nature relies on novelty, and unlike reality, video games are very limited in content and place.

Eventually, you’ll have seen everything in a handcrafted world, or you’ll have begun to see the seams and patterns in a procedurally generated one, and the result is the same: your sense of discovery – and the resulting urge to explore – vanish.

Game designers are well aware of this pitfall, and you almost never see a pure exploration game. Instead, it’s often blended with another genre to give you other motivations to explore beyond just seeing what’s beyond the horizon.

A modern approach is to mix exploration with elements from the survival genre – Minecraft being the most popular example, as well as No Man’s Sky and Don’t Starve.

Other games – like the wonderful Eidolon – pair exploration with narrative elements from the ‘walking simulator’ genre.

My plan for Village Monsters is to try something different. Like the other games I mentioned I’m going to use genre blending, but instead of survival or story I’m going to pair exploration with a village life simulator.

So how do I keep you, the player, interested in exploring my world?

(Beyond just making it interesting, of course.)

The answer is by using exploration as means to feed back into the other systems in the game. This is way easier to describe via real examples, so let’s dig right in.

A large part of your day-to-day life in Village Monsters will be spent on hobbies – catching critters, going fishing, finding treasure, and so on.

There’s a lot to do and find within the town and immediate outskirts, but if you want the really rare and valuable stuff you’re going to need to go out exploring.

Many creatures and fish will be native to a given area, and of course the best treasure and artifacts will be found far away from the village.

The loop here is simple: the more you explore, the more you’ll find to catch, collect, and sell. This in turn allows you to upgrade your skills and tools to become even better at catching and completing your compendium. 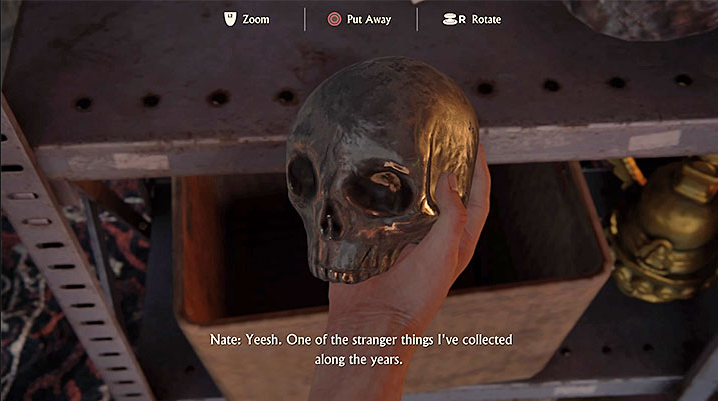 Several months ago I played the wonderful Uncharted 4 – I know this seems like a digression, but it’s relevant, I promise!

My favorite moment is from the very start where Drake is in his attic examining treasure and other souvenirs from his past exploits. This was neat from a nostalgia standpoint, but it also speaks to something we can all relate to – reminiscing over physical reminders of fond memories.

So how does that relate back to Village Monsters? Well, you’re going to have a house, and you’re going to want to furnish said house. Like in other games you’ll be able to purchase furniture in the relevant shops…but instead of buying a plain wooden chair to sit in, wouldn’t you rather lord around in massive, golden throne that you found in an abandoned castle?

I want every item in your house to tell a story and remind you of your adventures. As you explore the world, you’ll find opportunities to grab furniture and other items that you can bring back to your house. Often times they’ll be locked away by some puzzle or other obstacle, but that’s just to give you motivation to solve it!

Whether it’s the aforementioned golden throne, an orb of illumination you unearthed deep underground, or a strange TV you found in the middle of the woods…items become personal when there’s a story behind them.

Over time, your house will reflect your skill as an explorer and the progress you’ve made through the game.

The world of Village Monsters is set inside of an abandoned video game. It makes for an interesting place to explore, but it’s so filled with mystery that not even the locals really understand what’s going on.

“Mysteries” in this game are essentially like quests in other games. Many times these will come from villagers, but just as frequently you’ll stumble upon something in the world that’s unusual enough to investigate. You’ll likely need specialized skills, items, or even villager input to solve these discovered mysteries, but it’ll be worth it – some of the most valuable treasure and world-building lore can be found via these hidden discoveries.

You don’t always have to be alone when exploring.

As you build relationships with your villagers you’ll eventually unlock the abiltiy to go out exploring with them. Sometimes it’ll be to advance the story or make progress with a mystery, but more often than not you’ll bring them along for their unique abilities.

For example, adventuring with a harpy villager may allow you to cross gaps that were otherwise impassible. A huge, inconveniently-placed boulder can be pushed aside by your rock golem friend. A roving band of feral monsters may attack you, but they’ll (probably) listen to one of their own.

Spending time with villagers also further improves your reputation with them – this is yet another way that exploring can feed back into the other systems present in the game.

I can’t promise that exploration won’t eventually become dull and chore-like, but I hope that by giving you multiple objectives and rewards it’s something you look forward to for as long as possible.

I don’t often post screenshots to this blog (I usually reserve that type of thing for Twitter dot com), but I’m pretty happy with how these trees and other forest-adjacent sprites turned out!

And here they are, all together:

There’s going to be an awful lot to explore in Village Monsters, and you can expect to find more than a few forests to pick through 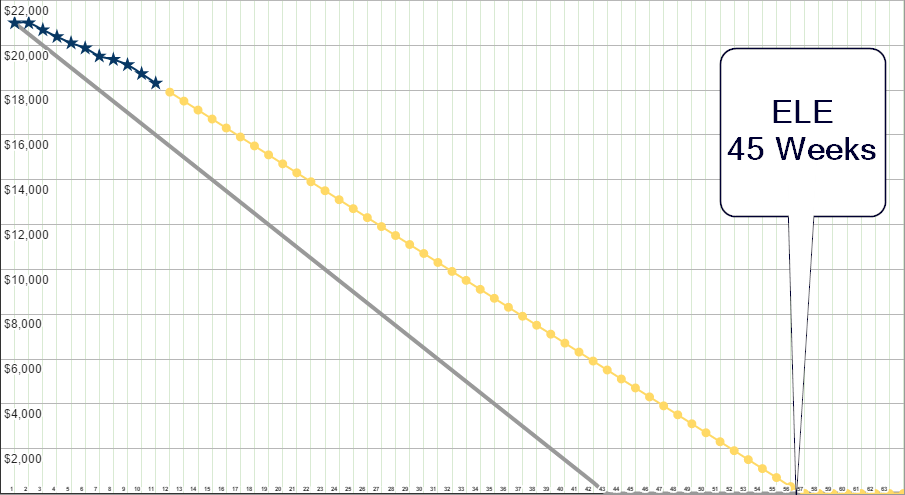 It’s been raining non-stop over here at WARP CORP HQ, and I gotta tell ya, your boy is starting to go rain crazy

I always knew the seemingly boundless motivation wasn’t going to last, but I’m still surprised how hard it’s been to get some of it back since my accidental vacation. I’ve still been working nearly every day since my last post, but I haven’t bothered doing anything ‘sprint’ related as I felt too unfocused.

I’m hoping to fix that this week and go back to more focused and impactful work.

Much of this sprint is on ‘soft’ stuff – getting focused, going back to the pomodoro method, planning the next few changes, and so on.

In a couple weeks I’ll release the largest demo for Village Monsters since I began working on it. It’s absolutely packed with changes and features, so this week will also be focused on finishing up big changes so that next week can be dedicated mostly to polish

Beyond that, I’ve been creating a lot of art assets for the game, and while I’m still no artist I am feeling more confident. I hope to ride that feeling and churn out a whole bunch of sprites – trees, villagers, furniture, and a lot more

I’m calling the last week an accidental vacation. I didn’t mean to play Breath of the Wild nearly 8 hours a day for seven days straight, but that’s the reality we’re living in.

Such are the pitfalls of self-employment, huh? With my office job if I wanted to be a lazy degenerate I had to at least take the day off first, and I had just a limited number of those.

Well, after working nearly every day and night since January 13th the vacation was nice, I just, you know, didn’t really plan on it.

Next week is a new week, and unlike last time I’m feeling incredibly motivated to actually get stuff done