With no clear vision the work on Gardening unsurprisingly stalled. Later this year it fizzled out completely and I considered just cutting it altogether.

Then one day I happened to be working on the village currency. I figured that monsters would be unlikely to use gold – that has way too much human baggage, right? – so I went with silver. Seems appropriately monster-y.

It was then that it hit me. Monsters wouldn’t grow turnips or flowers as hobby. Ridiculous! They’d grow mushrooms!

In this week’s dev diary I’m going to talk about this newly overhauled hobby.

So you want to a Mushroom Gardener, huh?

Well first you’re going to need some spores. You could buy them, sure, but you can also forage mushrooms out in the wild and use them in your garden.

Spores must be planted in a designated mushroom plot, but apart from picking a soil type it’s  pretty low maintenance. You won’t need to water them or pick any weeds.

Instead of focusing on the more mundane aspects of growing I wanted to free up your time to instead work on the fun stuff – things like cultivating hybrids, discovering bizarre mutations, and cooking up all sorts of interesting effects. 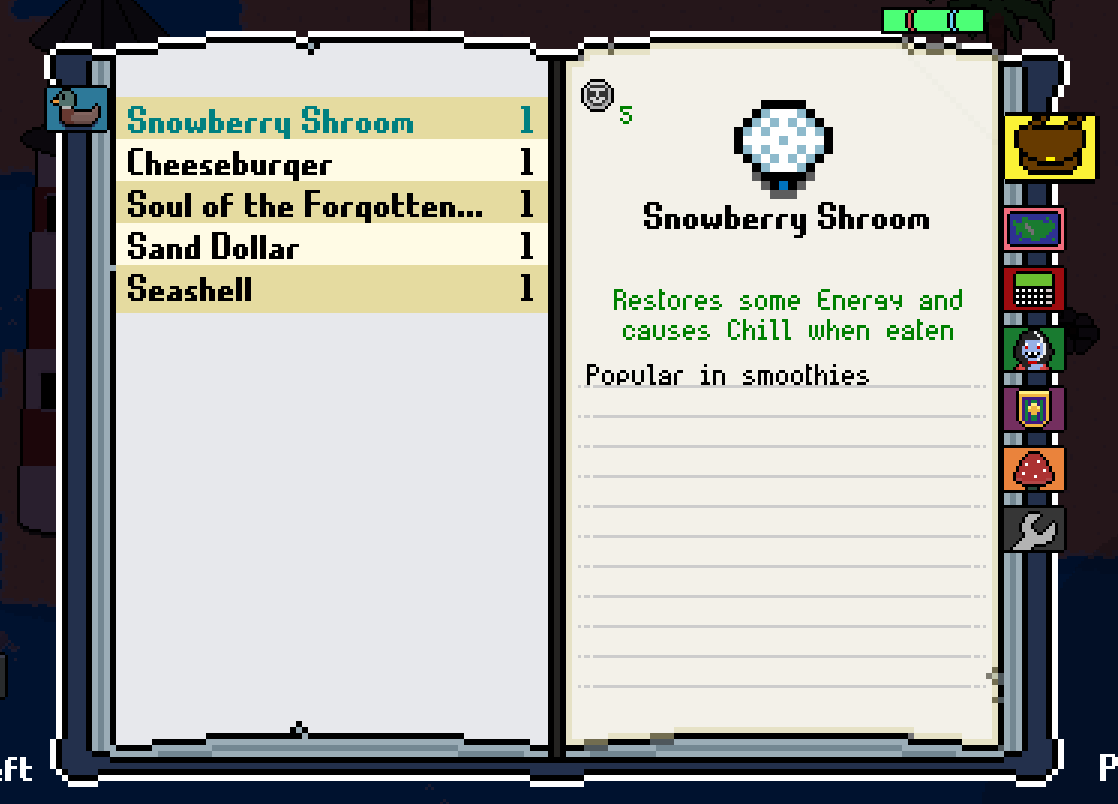 You’ve already seen many examples of effects in the form of potions, but I’ve since overhauled the system so that any item has the ability to create some kind of effect. Mushrooms are now the primary way to access these effects.

Having trouble catching a fast critter? Bait your traps with a Snowberry Shroom and you’ll chill (and slow) the critter that eats it. Use your mushrooms in Cooking to make a meal that restores energy, makes you move faster, and slows down time.

(How can a mushroom slow down time? Ask you parents.)

There’s a huge amount of effects to discover. Some are practical, others are just weird. Some break the game. They’ve been fun to program and test, so I really hope you can enjoy them!

I love the idea of making plant hybrids. It’s like playing mad scientist, only instead of frankenstein you can make a seedless watermelon that resists the cold.

In the world of Village Monsters mushrooms as highly malleable. This means that a talented mushroom gardener can create brand new species with just a bit of effort. All you need are two fully grown mushrooms in the same plot as an empty tile. Then you just let nature take it’s course…………. if you know what I mean.

The most practical benefit of growing hybrids is that the resulting new offspring can contain the attributes and effects of its parents. For example, a Spicy Shroom is a fast grower and it can pass down this benefit to its offspring.

There’s also breeding for aesthetics, like rare colors or glows effects. You can grow some pretty funky mushrooms, but some will require generations of hybrids to unlock.

Best of all you can usually process hybrids for their spores allowing you to plant your new strain indefinitely.

There’s one other thing that can happen to your growing gardening – mutations.

Mutations are similar to hybrids in that they create unique mushrooms, but mutations are more unique, more bizarre, and certainly more unpredictable. Mutations also don’t require a ‘parent’ mushroom and can occur to any mushroom that’s still growing. 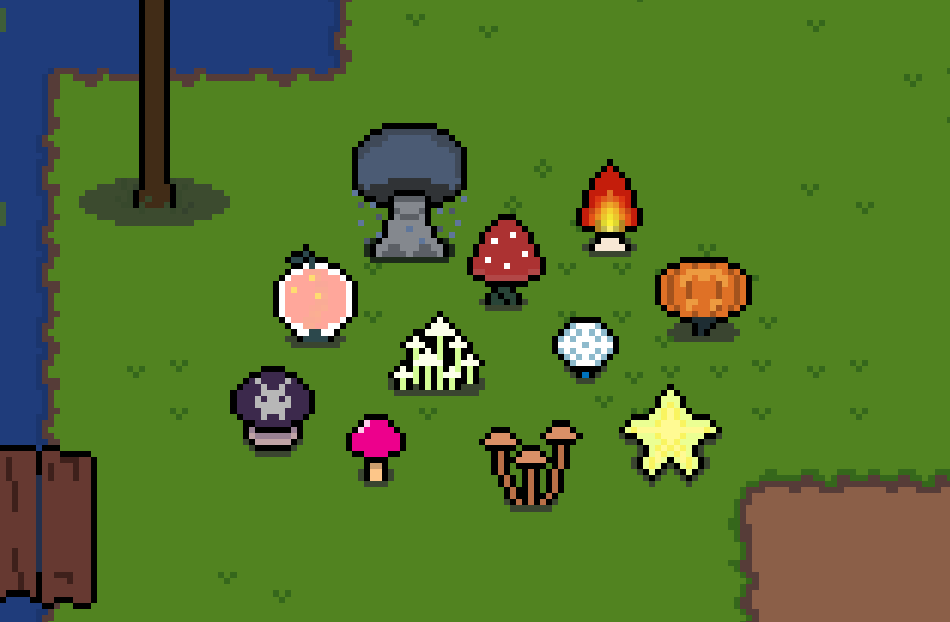 You can influence mutations by the type of soil you use and some unique upgrades. Like hybrids you can usually grab the spores from your newly birthed creation to permanently add it to your garden journal.

I’m considering adding a touch of procedural generation to get some truly weird mushrooms that even I can’t predict, but that might have to wait for a future free update.

That’s enough mushrooms for now. You’ll be able to play with them yourself when the next demo releases later this month.